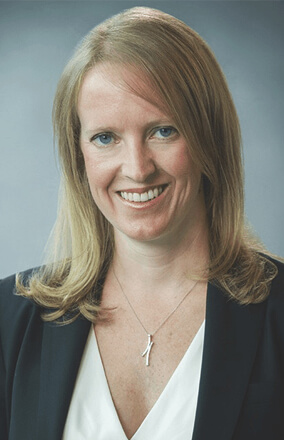 Erin Murphy is widely recognized as one of the nation’s leading Supreme Court and appellate advocates.  She has argued dozens of cases in appellate and trial courts throughout the country, including the Supreme Court and nearly all of the federal courts of appeals.  Erin is one of only seven women in the top two bands of Chambers & Partners rankings for Appellate Law–Nationwide, and the National Law Journal has named her one of the nation’s “Outstanding Women Lawyers.”  Erin has litigated appeals involving myriad provisions of the Constitution, including several cases involving the Constitution’s structural protections of liberty.  She has litigated a wide range of statutory issues as well, including cases involving the Affordable Care Act, the Bankruptcy Code, the False Claims Act, the Federal Arbitration Act, the Federal Power Act, the Natural Gas Act, the National Labor Relations Act, and more.  The National Law Journal named Erin a “Litigation Trailblazer” for her work representing institutional clients, which includes successfully arguing before the Supreme Court on behalf of the U.S. House of Representatives and the Wisconsin State Legislature.  Erin also has an active pro bono practice, through which she has successfully represented many religious organizations and adherents, criminal defendants, asylum applicants, adoptive parents, and more.

Erin is an adjunct professor at her alma mater the Georgetown University Law Center, a member and former officer of the Edward Coke Appellate Inn of Court, and a frequent speaker on topics relating to the Supreme Court and appellate advocacy.  In her spare time, Erin serves on the boards of directors of Street Law and the Mother of Light Center.