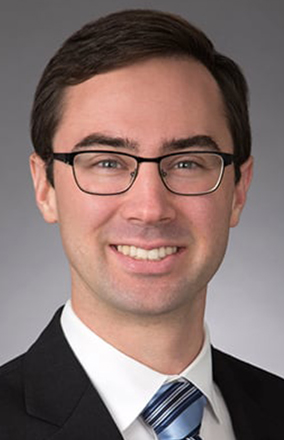 Harker’s practice focuses on Supreme Court and appellate litigation, as well trial court and bankruptcy court matters involving appellate issues. Harker has achieved success for his clients in numerous cases at all levels of the federal judicial system and in state courts across the country, including high-stakes appeals with hundreds of millions of dollars on the line.  He is an accomplished oral advocate, with a record of winning arguments in front of multiple federal appellate and trial courts, and has written successful briefs in countless Supreme Court and federal circuit court cases.  His experience has earned him recognition by Legal 500 U.S. as an “up-and-coming name” in appellate practice, as well as multiple awards for his pro bono work.  Harker’s appellate matters have involved both civil and criminal cases, and have addressed a wide range of subjects, including constitutional litigation, administrative law, antitrust, bankruptcy, CERCLA, corporate veil-piercing, criminal procedure, ERISA, federal preemption, labor law, personal jurisdiction, sovereign immunity, and white-collar crime. He also has experience advising clients in out-of-court mediation proceedings, and counseling clients faced with significant litigation or regulatory risks.  In addition, Harker maintains an active pro bono practice, where he has obtained success in multiple appeals on behalf of indigent and incarcerated clients.

Harker served as a law clerk to Associate Justice Anthony M. Kennedy of the Supreme Court of the United States, Chief Judge Robert A. Katzmann of the U.S. Court of Appeals for the Second Circuit, and Judge Rya W. Zobel of the U.S. District Court for the District of Massachusetts. He is a graduate of Harvard College and Stanford Law School, where he was Managing Editor of the Stanford Law Review. He is also a member of the Edward Coke Appellate Inn of Court and a former Temple Bar Scholar.  In his spare time, Harker enjoys skiing, playing squash, and visiting our national parks.